Even today women in filmbusiness are underrepresented. Although 50% of the filmschool graduates in Germany are female, only 10% receive film funds. Despite the fact, that female directors in general create films from high standards and qualities. According to the statistics, they receive more awards and their films run more successful at festivals, compared to their male collegues. Nevertheless, only every fifth German feature (22%) ist made by a women. (Study of the „Institut für Medienforschung der Universität Rostock“ by Prof. Dr. Elizabeth Prommer and Saadi List, 2016)
To provide a platform for women in filmbusiness the „RIFFA – Regina International Film Festival and Awards“ created the section „Female Directors Spotlight“. There, all nominated female directors of this years`s festival edition were highlighted. Kim Fabienne Hertinger, director of „Sea at Night“, is, of course, also mentioned! 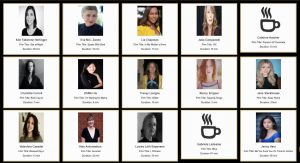